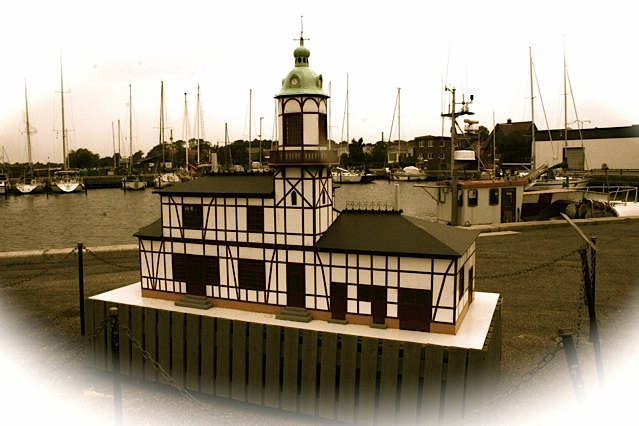 The harbor lock in Stege was inaugurated in 1910 and was the distinctive landmark of the harbor for many years. It was furnished with two waiting rooms. One for them 1. and one for that 2nd Class.

In addition, the building served as the harbor master’s residence with a harbor office. When the school in Stege was rebuilt in 1935, lessons took place in the harbor castle. Until the building was demolished in 1965, there was an apartment on the first floor. However, the tower was removed in 1961 and has been in the Möns Museum ever since.

The Dampers “Stege” and “Codan” drove a fixed route between Stege and Kalvehave.

Incidentally, the model of the castle was built by members of the Föns Marian Association. You can find the model at the port of Stege.

Our favorite restaurant in Stege

Fishing on Mön – an introduction