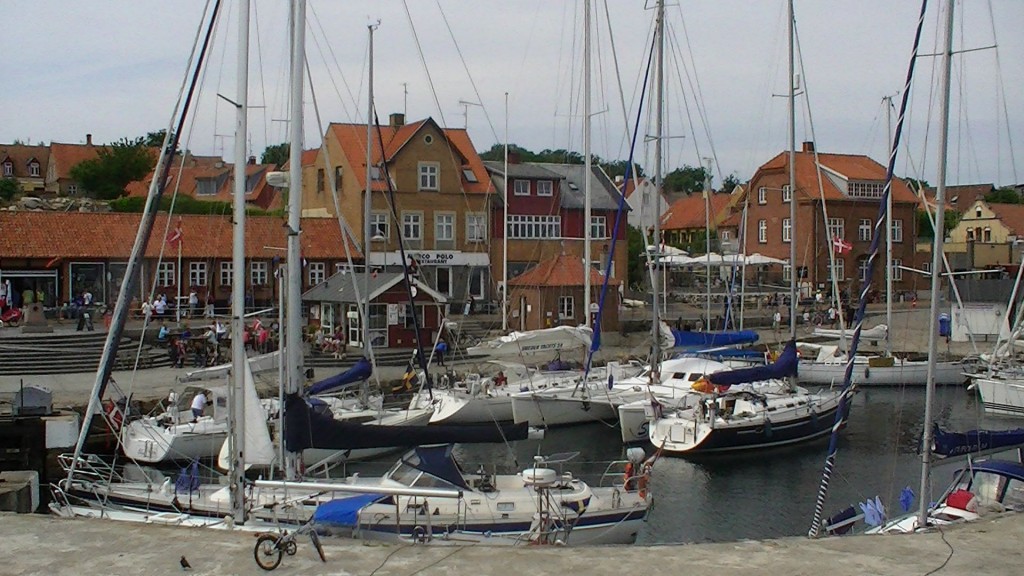 The place Allinge forms together with Sandvig a municipality in the north-west of Bornholm. With about 1,600 inhabitants, the place is one of the tourist strongholds of Bornholm and is an ideal place for planning excursions. This is where the tourist development of the hinterland began and even today there is the greatest density of hotels, guest houses and holiday apartments of all kinds.

The port of Allinge is relatively large for the size of the place. There are numerous ferry connections to the surrounding islands and also to Simrishamn in Sweden, so that Allinge has excellent connections and travel to and from the island is made much easier. Day trips to the so-called â € œpea islandsâ € can also be made by mail ship. These excursions are very popular, especially in the high season, so travelers should be there in good time before departure. In addition to the ferries, the port also offers motorboats and sailors a stopover with mooring options. Of course, you can also rent boats to explore the Baltic Sea yourself. However, the port entrance is difficult to master for inexperienced people due to its location, especially when there is a fresh wind. Not far from the port there are two fish smokers, which invite you to linger with freshly smoked fish every day and their location directly on the fine sandy beach. In addition, there are regular markets at Allinger Hafen, where handicrafts and regional specialties are offered.

In addition to the harbor and the typical Bornholm fishermen’s houses, Allinge offers other attractions. On the one hand, there are the Madsebakke drawings. These are located between Allinge and Sandvik and are the most comprehensive Bronze Age paintings in Denmark.

The Allinge Kirke forms the center of the village and is known far beyond the borders. The reason for this is, on the one hand, the striking yellow hue of the entire church. In addition, there are original plague tablets in the church, in which the deceased residents of Bornholm are listed. With its 600 seats and two organs, the Allinge Kirk offers enough space for cultural events. The richly decorated altar comes from the nearby Hammershus Castle.

The â € œHammertourâ € to the northern tip of Bornholm can be started from Allinge. On this path you come to a 70 m high granite plateau above the Baltic Sea as well as to the two lighthouses Hammer Fyr and Hammerodde Fyr. In addition to the cliffs and the scenic path, the highlight of the tour is likely to be the Hammershus castle ruins. This large castle complex from the 12th century is considered to be the largest castle ruins in Northern Europe. After the castle was abandoned, the Bornholmers used it as a building material supplier. Today it is a listed building and has been extensively restored.

With the small promenade, the restaurants and smokehouse, the wide range of different holiday apartments and the nearby attractions, Allinge has a lot to offer for tourists.

Holiday homes Denmark right on the beach with sea views