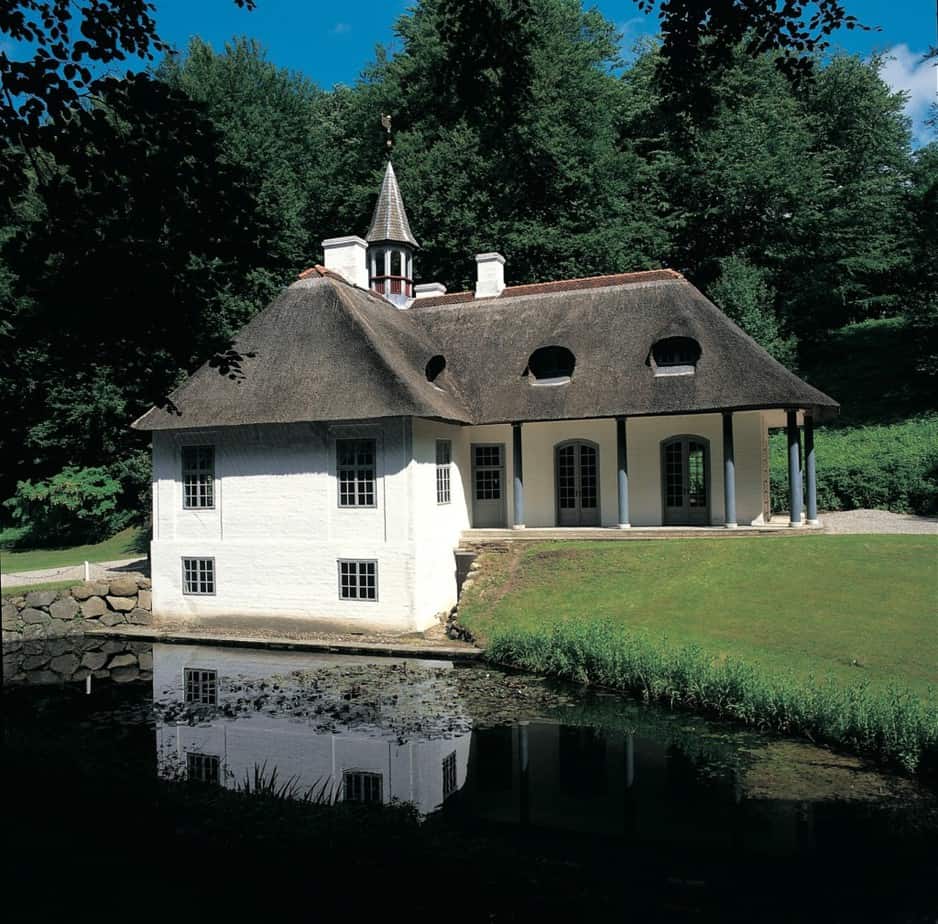 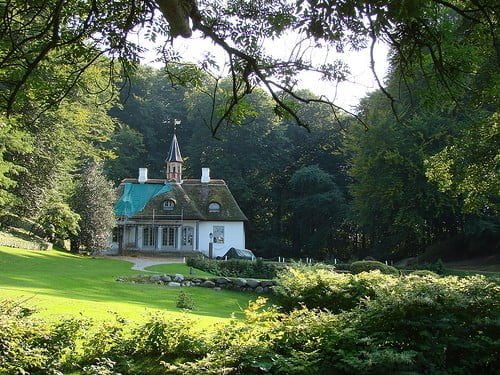 Liselund Castle was formerly called Sömarkegarden and was acquired by the Calette family in 1783. The term castle is basically an exaggeration, as it is a rather normal house to live in. Liseslund is located directly on the cliff in a park. The park is used by many locals for picnics in the summer on public holidays and on weekends. There are also food and souvenir sales outlets. It is best to always hike along the steep coast to Liseslund. A wonderful view over the Baltic Sea rewards your efforts before you reach the enchanted Liselund Castle.


Liselund Castle is located in an English landscape garden near the chalk cliffs of Møns Klint. It was created according to the plans of the well-known country house architect Andreas Kirkerup and the client Calmette. The castle was built in the classical style and is just about the size of a villa or a country house. The external location of the Danish National Museum is housed here.

On the ground floor there is a vestibule, next to it the visitor enters the monkey room, named after the picture of a monkey that can be seen on the wall mirror. This room, like the red bedroom, was furnished by Joseph Christian Lillie. Some pieces of furniture were also designed by him, these fit perfectly into the rooms, most of them still come from that time. The most splendid room, however, is the dining room with its floor painted in black and white. Large patio doors lead directly to the outside. Nine guest rooms are housed under the thatched roof

The previous building, Sømarkegaard, stood here as early as the Middle Ages. The chamberlain Antoine de la Calmette bought this house in 1783. Out of love for his wife Anna Catharina Elisabeth Iselin, Sømarkegaard was called Liselund from then on. The beautiful park of Liselund was created over eight years of work. Unfortunately, in 1905 some gems, such as artificial ruins, a waterfall and a small chapel with an onion dome, fell into the water when the cliff erupted.

In 1843 the Barons Rosenkrantz acquired Liselund together with his estate after the last generation of Calmette had died, although the widow Calmette still lived in the castle until she died in 1867. Gottlob Rosenkrantz had a new manor built nearby in 1877. In 1938, Liselund Palace became a foundation and was open to visitors from then on. 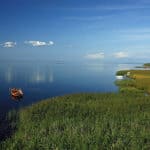 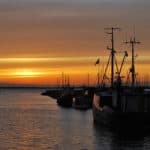 Stege – The heart of the island of Mön in Denmark