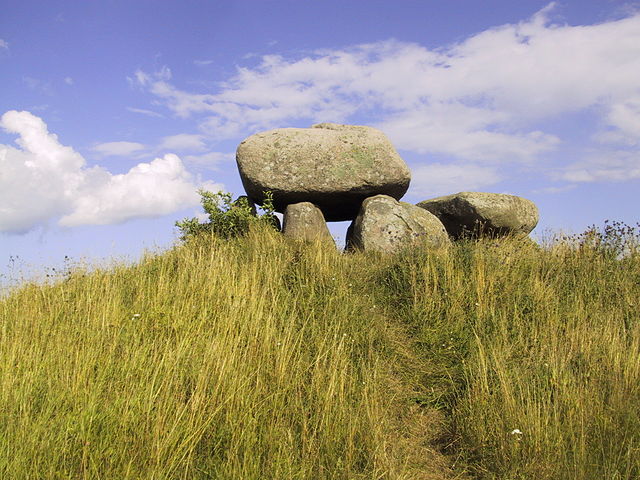 In the Neolithic Age, around 5,000 years ago, thousands of dolmens and passage graves were built.

The well-known archaeologist Klaus Ebbesen wrote in a sensational article in “Politiken” on October 18, 1995:

In the stone, the area of what is now Denmark was the leading center of social and cultural development in northern and central Europe. Much evidence of this glorious time in the history of Denmark can also be found in the landscape of the island of Moen. The interesting thing is that these structures were built more than a thousand years before the Egyptian pyramids, 1,500 years before Stonehenge and more than 3,000 years before the Greek temples. Not to mention Christian buildings that were only built 4,000 years ago.

Almost 2,400 of these structures are protected and preserved in Denmark. But there should be up to 10 times, so around 25,000 stone memories of this time. A total of 119 dolmens are known on Moen and Bogø
and passage graves. Of these, 38 and are protected and cared for. These include some of the largest and best preserved in the country.

One of them is the Sømarkedyssen Dolmen. The dolmen is on a well-trodden path, as it was often in ancient times. What the dolmen was for is controversial. A ritual context or burial is suspected.

The next time you visit Moen Island, keep your eyes peeled and see evidence of the Neolithic Age.