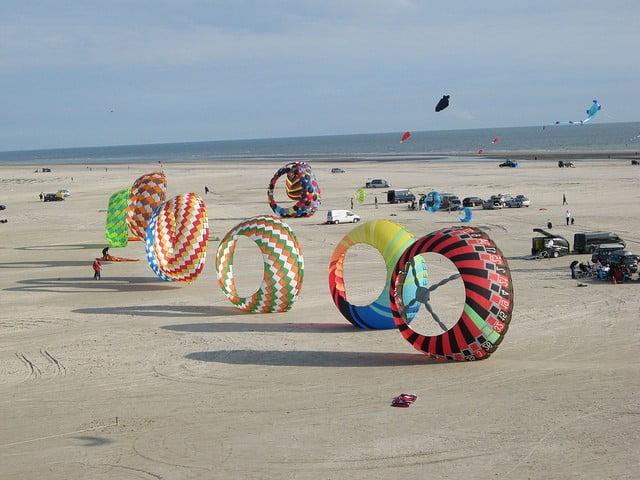 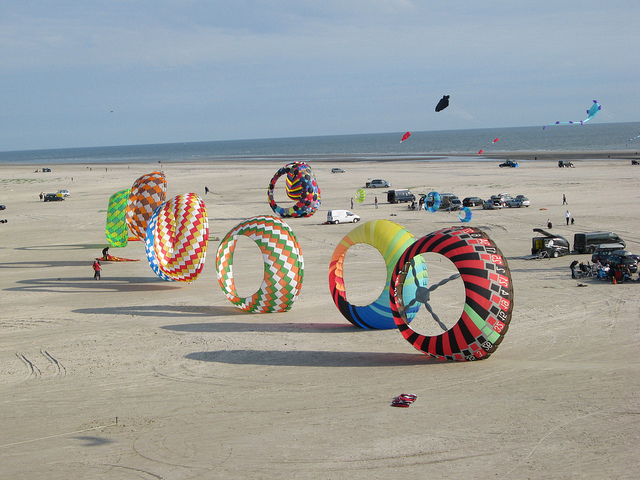 The Wadden Sea island of Fanoe is around 56 square kilometers on the North Sea coast of Denmark. With a length of 16 kilometers, it has a population of 3,251 (as of January 2012) and is only 50 kilometers from the island of Sylt. The only connection between the Danish island of Fanoe and the mainland is by ferry, with which the Danish city of Esbjerg can be reached within 12 minutes.

The largest village on Fanoe is Nordby, as a landing stage for ferry traffic it offers tourists sufficient shopping opportunities as well as a large number of restaurants and cafes. Another district specially geared towards holidaymakers is Fanoe Bad, which develops a special seaside flair thanks to its comfortable apartments near the beach. In the village of Rindby there are campsites and the popular â € œVandlandâ € wave pool, as well as many hotels and holiday homes. Further south of Fanoe is Sönderho with its historical center and the well-preserved half-timbered houses, it is also one of the most worth seeing part of Fanoe because of its dune landscape. The â € œHannes Hausâ € tells about the life of the islanders, where you can immerse yourself in the everyday life of bygone times. Other sights are the art museum and the tile collection in the CafÃ © Nanas Stue, as well as one of the two churches of Fanoe, which is located in Sönderho. Exceptionally beautiful models of ships are attached under its roof in the nave, as is the case in Nordby Church. Both houses are well worth seeing due to their fascinating architecture. You can then visit the costume and shipping collection in Nordby.

Due to the proximity to the polar ice, the days are up Fanoe shorter in winter and longer in summer than in Germany. Most of the year a gusty wind blows on the island, which can cause a quick change in the weather. In this way, warm summer days can be replaced by cold autumn days very quickly.

However, this climate is what makes it so attractive for surfers and hang-gliders. The kite festival on Fanoe takes place every year in June. It is the largest “kiteflyer meeting” in the world, between Fanö Bad and Rindby a picture of thousands of hang-gliders can be seen in the sky.

In addition to the white dunes, the azure blue sea and the beautiful sandy beaches, watching seals, water birds and many other animal species make fanoe a natural experience. Whether you’re looking for amber on the beach or exploring the various hiking and cycling trails, the Danish island offers a multitude of opportunities to get to know Fanoe in all its beauty.

(c) Photo: Bowl Meeting on Fanø from LARP-Welt on Flickr

Fanø is the northernmost of the three Wadden Sea islands inhabited in Denmark. There are beach, dune, salt meadow, heather and dune plantations. In Sønderho there are the sand banks Keldsand, Peter Meyers Sand and Langejord. There are salt meadows along the east coast and in the northern part of the island and the large beach and dune areas dominate the west coast. On the drive along the country road from north to south, you will be guided through the huge heaths of the island and the dune plantation in the middle of the island. There are three towns on Fanø:

Nordby is the largest and the northernmost.
Rindby between Nordby and Sønderho consists of houses and farms. Rindby was home to the island’s oldest church, which was demolished in 1786. The materials from here were used in the construction of Nordby Church. The Rindby cemetery with chapel from 1894 still exists. Rindby Strand has large areas with holiday homes and several campsites. Like Fanø Vesterhavsbad and Sønderho, Rindby Strand has access to the beach, which is even served by the island’s only bus route.

Langjord is the furthest west of Fanø
Sønderho, the second largest and southernmost. Previously, ie. Before the port in Esbjerg was built, the main occupation was shipping, an occupation that most of the villagers had. Today Sønderho is a tourist magnet, especially because of the around 300 well-preserved and preserved old, thatched-roof skipper’s houses, which are surrounded by small gardens and open green areas. The village is protected from wind and water behind dunes in the west and south and behind green dykes in the east and north.

Søren Jessens Sand is a high sand west of northern Fanø. Søren Jessens Sand is 2-3 km² and was previously separated from Hamburg Dyb from Fanø, but today the depth is sandy. At Fanø Vesterhavsbad you have access to the high sand. Højsandet is named after Hjertingskipperen Søren Jessen, who went under at the end of the 18th century. Over time, there have been several drowning accidents at the construction site as the tide can come in quickly. If you lose your sense of location and are looking for the shortest route to Nordby.

Keldsand is a high sand in the Wadden Sea east of Sønderho, which is bordered in the southeast by Knudedyb. It is about 10 km² high sand still changing size and shape, and the highest part has been marked by overgrowth since 1960. There is no access to the high sand all year round.

Peter Meyers Sand is a country east of Keldsand, named after skipper Piet Meyer, who was stranded with his ship by Galgedyb on the way to Galgerevet southwest of Sønderho in September 1751. The name implies that a gallows with a burner was erected in 1713 to lead to an anchorage in Sønderho, which could then be navigated.

Langjord is high sand southwest of Sønderho that is best known for the large seal deposits. If you walk across the ford from Sønderho Strand on Fanø, you will get pretty close to the seals resting on the Langjord. There are almost certainly gray seals on the sandbar in April and May.
Nordby Parish and Sønderho Parish have a list of the recognized place names of Fanø. 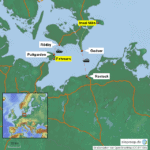 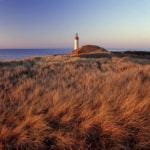 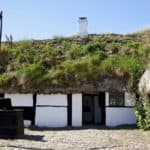 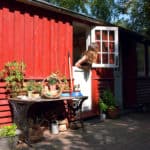