The Mön Museum in Stege on the island of Mön is one of Denmark’s oldest regional museums and was founded in 1913. At that time it was still housed in the Fry rectory and only moved to its current domicile in 1958, the old merchant’s Empiregarden, next to the mill gate. The farm was built by the wealthy merchant Krenchel.

In the two-story building from 1813 you can get a comprehensive insight into the history of the island of Mön. In the Empiregarden there, the cultural history of Möns between the Stone Age and the Middle Ages is very clearly documented.

The Mön Museum houses a collection of fossils from the Cretaceous and Bronze Ages and other rocks from the Möns Klint. The white rocks of Möns Klint are the island’s attraction and witness to 75 million years of geological history. Petrified ammonites or sea urchins are therefore not uncommon on the beach if they are searched intensively.

The island has been inhabited since the Stone and Bronze Ages, as numerous tombs prove. To date, 119 megalithic barrows have been discovered on the island. Numerous stone tools and flint stones from this period can be viewed in the Mön Museum.

The museum also has something interesting for bookworms in a reading room. All of Möns newspapers, from 1853 to the present day, can be found here.

During the tour of the museum, living rooms that are furnished in the style of the different epochs bear witness to life in the past. In addition, the peasant culture of Möns can be modeled on the exhibited historical costumes, glassware or crockery. In addition to these exhibitions, there are also historical toys, old coins and a skeleton called Rasmus to be admired.

In addition to these permanent parts of the museum, there are constantly changing exhibitions on various topics, e.g. “From the bottom of the fountain”, which deals with the fortification of the site of Stege.

For those interested in art, there are also some smaller exhibitions in the Empire Garden, some of which can be purchased.

If you want to take a look around Stege after your visit to the museum, you will also find an old city map of the place from 1659 in the museum. Since the floor plan of Stege has hardly changed since the Middle Ages, despite numerous destruction, this plan can still be very helpful today for orientation in Stege.

The museum is always open on Tuesdays and Sundays, admission for adults costs 30 kroner and you should allow at least one hour for the visit. 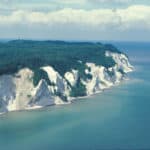 Why vacation on the island of Mön? 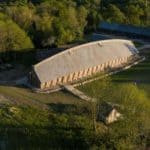